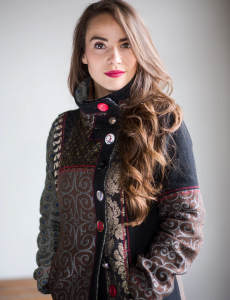 We are delighted to welcome back Spanish soprano Lorena Paz Nieto who sang the role of the young Alma in Art Sung – Alma Mahler at the London Song Festival last year.

She is fast garnering awards with her beautiful and characterful singing including the Oxford Lieder Young Artist award, the Ludmilla Andrews Russian Song Prize and winner of the ‘Vocalist of the year’ at the 2019 LUKAS Awards. She is much in demand on the oratorio, opera and recital scene, including the Grange Festival, the Two Moors Festival, and most recently has been wowing audiences at Theater Lübeck in Germany in the lead role of ‘Maria de Buenos Aires’ by Astor Piazzola. Together with pianist Elizabeth Mucha, Lorena will be performing 12 out of the 16 songs programmed in the recital which are by Clara Schumann.

Clara only composed 29 songs and though not a huge output, these are now becoming recognized and acknowledged for the gems which they truly are. Clara collaborated with singers quite regularly on the concert platform. During her early years as a performer, songs were often regarded as fillers between solo and chamber works and sometimes, frustratingly, were not even given their title on a programme! This would all change over the course of her lifetime as the Art song repertoire expanded and was accorded a greater status by both artists and the public. 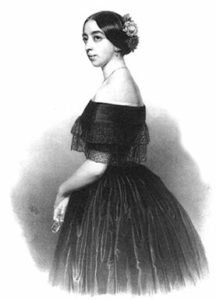 Clara was always keen to find singers who, she felt, understood how to sing German Art Song. One of these was the vivacious and talented singer, pianist and composer Pauline Viardot whom she met in 1838 when they were both still girls and for whom she had the greatest respect as a musician. She wrote. “In her I found the soul of a genuine artist. She seems to be an exception to all other singers—she takes a vivid interest in music”. They became close friends and 54 years later, Pauline described them as “the two oldest friends of this century.” Their paths crossed several times throughout their lifetimes. Most memorably just as Pauline was completing her tour in Russia in 1844, the Schumanns arrived. Her final words to the press were, “I am leaving you Clara Schumann. Her singing on the piano is better than mine.”