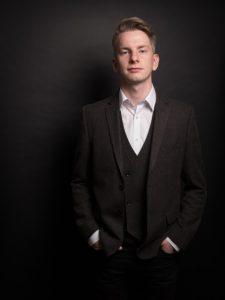 We are delighted to welcome Belfast-born baritone Malachy Frame. He has come on board with an abundance of energy and enthusiasm and, of course, a gorgeous voice! He was Northern Ireland Opera’s ‘Voice of 2016,’ and that same year was a finalist in the Maureen Lehane Vocal Awards at the Wigmore Hall. In 2018, he was a Garsington Opera Alvarez Young Artist as well as a finalist in the Oxford Lieder Young Artist Platform. In 2019 he won the Song Prize at the inaugural Charles Wood Singing Competition in 2019. 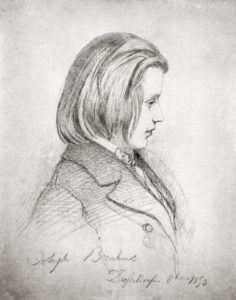 In Art Sung – Clara Schumann, he will be portraying the two most important men in Clara’s adult life –Schumann and Brahms. The story of Clara and Robert’s legendary marriage is well known but what of Brahms’ infatuation for Clara. He wrote to her, ‘Night has come on again and it is already late. I can do nothing but think of you and am constantly looking at your dear letter and portrait. What have you done to me? Can’t you remove the spell you have cast over me?’

How could such a scenario play out? A young man of 20 in love with the 34 year old wife of the man who was his idol, but who was regrettably in an asylum with little chance of returning to his family.  Could Brahms take on a big family such as Clara’s when he was barely earning enough to support himself? Did Schumann have expectations that Brahms would take care of Clara after he died? And Clara, even if she had fallen in love with this boisterous, talented young man who had stumbled into their lives – would she want to spend more years bearing children or did she want to resume her career which she had been groomed for from a very early age by her father? It is clear that they developed a deep, loving relationship but just how serious it was, we will never know, as many letters were destroyed on both sides.

Ultimately no composition testifies to the intense bond between these three individuals more vividly than Clara’s piano composition, Variations on a theme of Schumann. She composed them as a birthday gift for Robert in 1853. The theme is a short piece that Robert composed for her before they were married, which spells out her name musically right at the outset. Inspired by her variations, Brahms then composed his set of variations on Robert’s theme in 1854 and they were published with the dedication, ‘Short Variations on a Theme by Him, Dedicated to Her’. Nevertheless this is Clara’s concert and it is her variations on Robert’s theme scattered throughout Art Sung – Clara Schumann which bind the recital together.